I started writing a post about my home team, the Cleveland Indians, in the World Series on October 24.  Today is Game Seven and I'm about to change my title to Oh, Tribe!  (Both my hands holding my shaking head.)

In the meantime, I've been enjoying making some baseball watching snacks here at home. 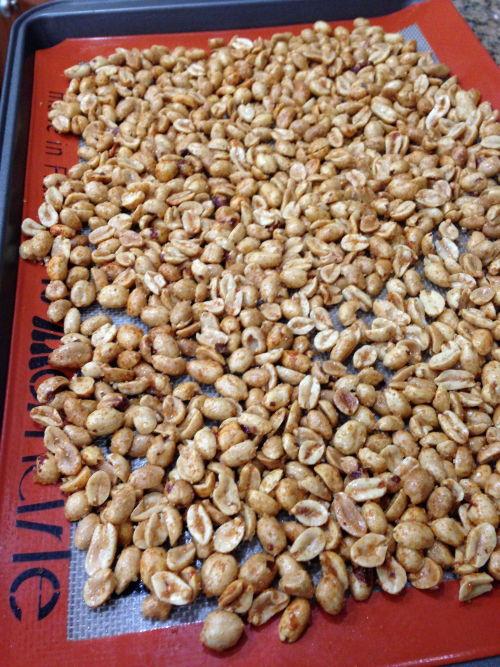 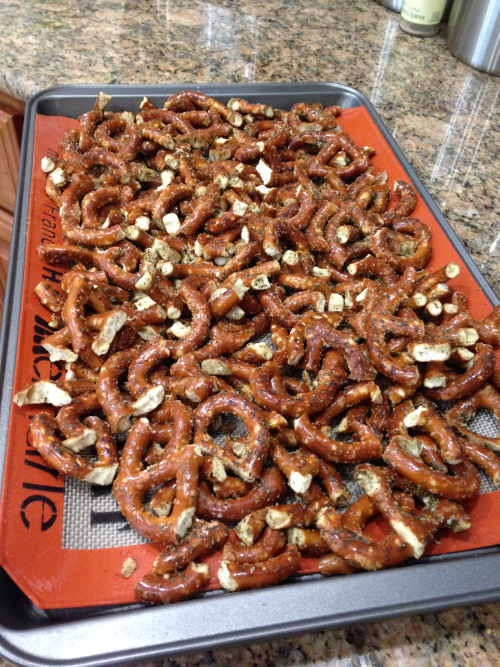 Peanuts, pretzels.  Seasoned in some way, of course.  I'm a chef.  I have to layer some flavors.  Dress things up.

I also had to include some true Cleveland delicacies.  Like pierogies. 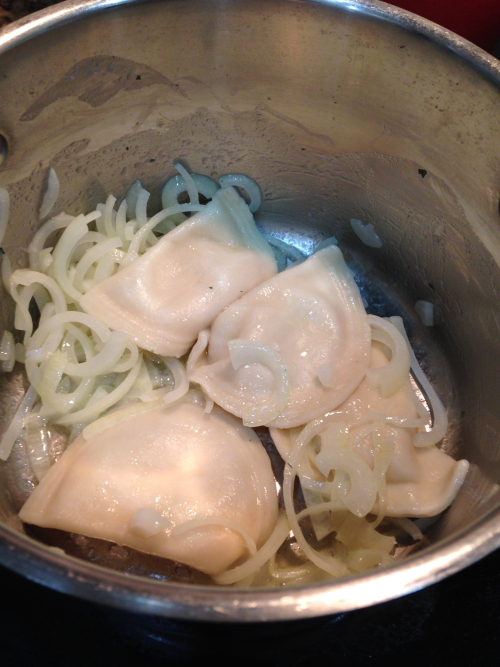 I have to admit, I hadn't bought frozen pierogies in years.  Over the last few years, I was lucky enough to start making pierogies from scratch each fall with my mom.  We had an assembly line.  Potato making.  Dough rolling.  Filling.  Pinching.  Boiling.  We filled up our freezers with bags of homemade pierogies for the winter.

Tonight I'm making a version of pigs in a blanket.  I can work some magic with andouille sausage and refrigerated pie crust.  Served with a side of Stadium mustard, of course. 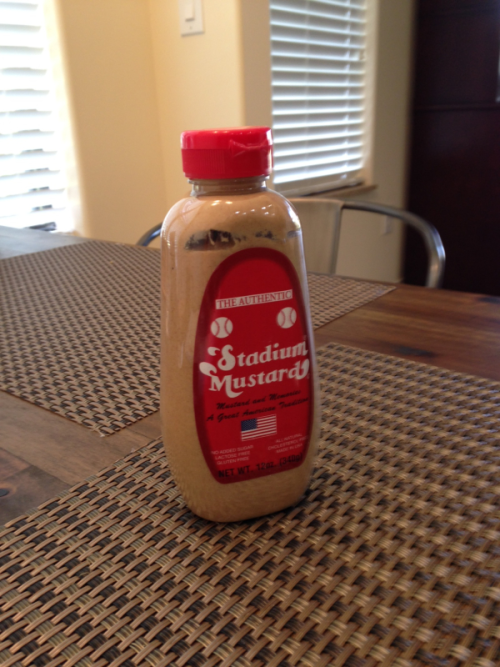 comments powered by Disqus
My Adventures as a Chef, Traveler, and Food Lover