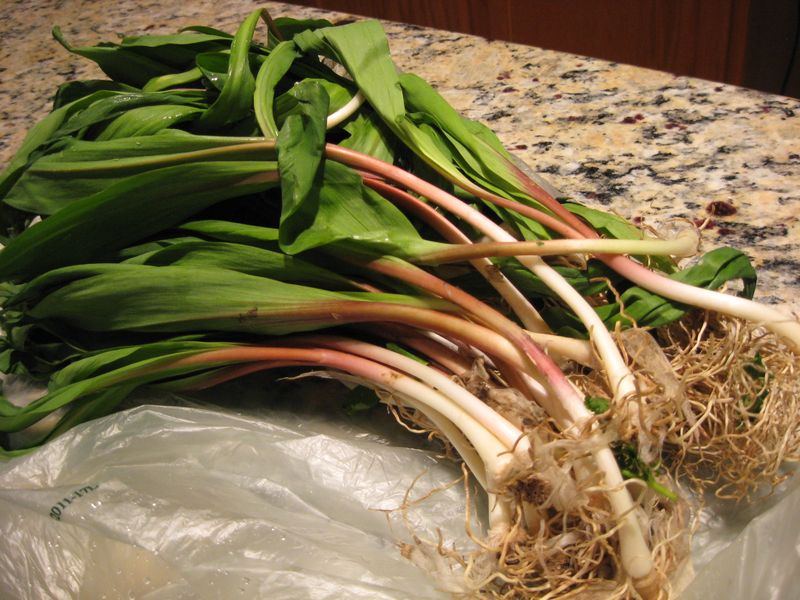 Have you ever seen these?  I've heard chefs rave about ramps for years now, but I've never eaten them or even seen them in real life.

Ramps are wild leeks (that look similar to scallions) with a flavor and odor of wild garlic.  They're considered a spring delicacy since they're only available a short time, right about now.

I was at the market this week and found these elusive ramps for the first time.  The greens were a bit wilted so the produce man just gave me the whole bunch.  I was so excited, it might as well have been Christmas morning!

I looked for some guidance as to the preparation of ramps and found that they're usually sauteed lightly with some oil or butter and tossed with rice or spaghetti or scrambled eggs.

I chose to try out ramps with whole wheat spaghetti.  I used this recipe as my inspiration: 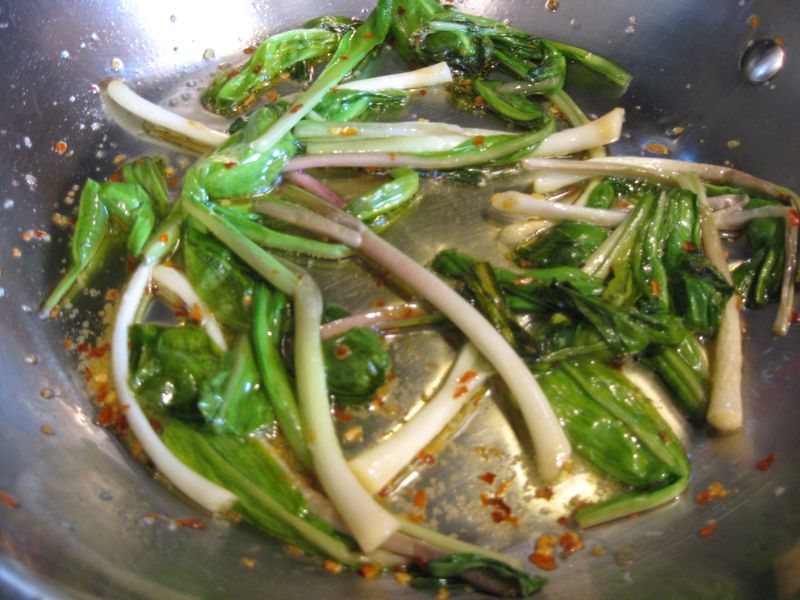 The ramps were garlicky and onion-y and spicy (thank you, red chile flakes).  This was a delicious and simple spring lunch.

comments powered by Disqus
My Adventures as a Chef, Traveler, and Food Lover